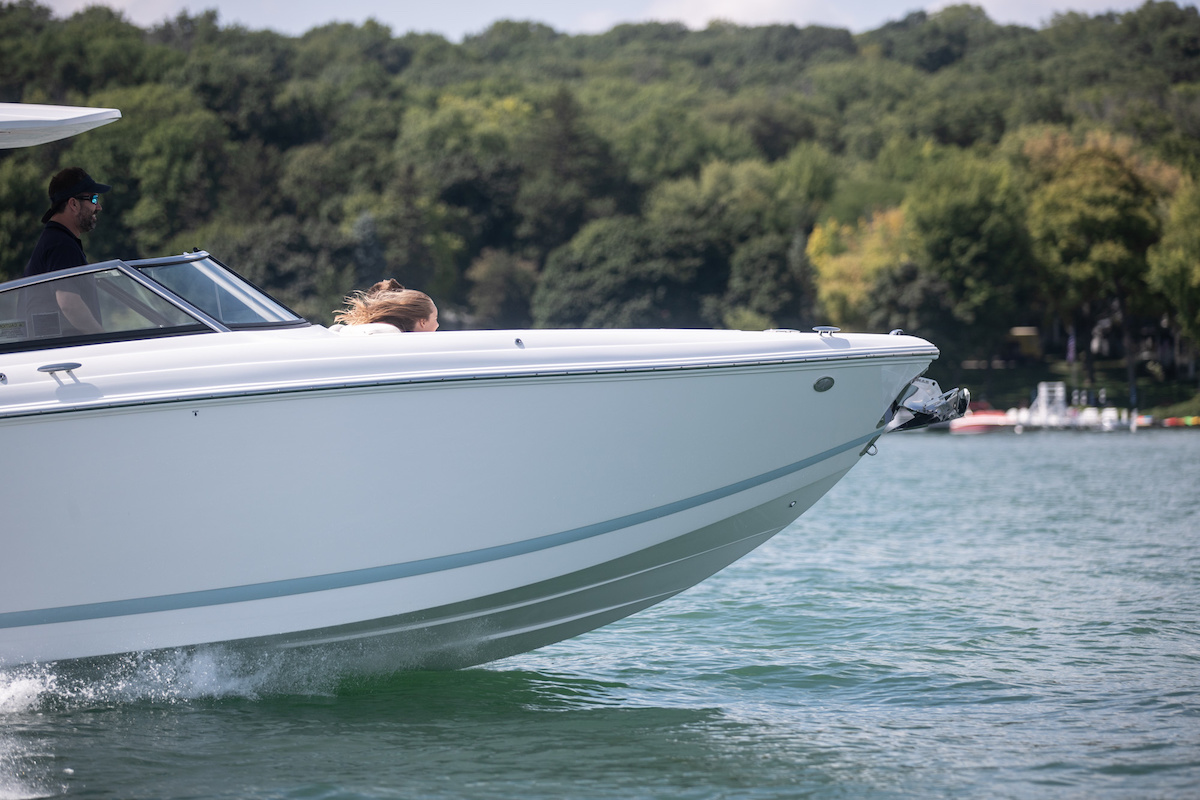 Boats are built to do a variety of things and much of the differentiation lies in the shape of their hull. Displacement hulls ride through the water while planing hulls ride on top of it. Within each category, there are numerous configurations that further define the boat and its most popular uses. 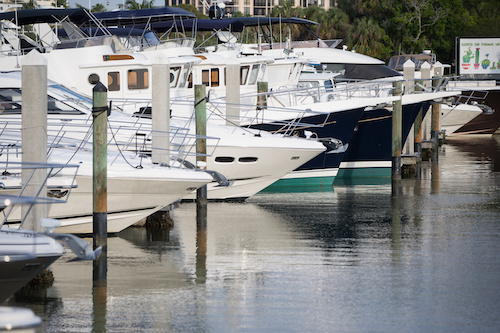 Large ships, some trawlers and traditional recreational sailboats have displacement hulls. They are slower moving but quite steady under way and are capable of carrying large loads with relatively small propulsion units. Displacement hulls are usually round on the bottom with ballast placed low in the center. At rest, round hulls tend to roll with the waves and swells.

Most powerboats and personal watercraft have planing hulls that ride on the water at higher speeds. They behave like displacement hulls at low speed but pop up onto a plane usually around 15-16 MPH depending on the design and load. Planing hulls come in a variety of shapes, each of which has it benefits and disadvantages.

Flat Bottom: Flat-bottomed boats are very stable and can carry a heavier load. They require only a small engine to get on plane but can ride rough and wet in chop or heavy weather. Small aluminum or fiberglass bay and fishing boats often benefit from flat hulls, which have a shallow draft and provide a good amount of deck space both of which are ideal for fishing on calm bodies of water such as small lakes and ponds or slow rivers.

V-Bottom: Deep V hulls cut through waves and ride smoothly in chop. They take a bit more power to push up onto a plane, tend to roll or bank in sharp turns and due to the angle of the hull, have less interior volume for stowage or accommodations. Fast, distance fishing boats like center consoles tend to have a V bottom so they can run fast on open water to get to the fishing grounds quickly.

Tri-Hull or Tunnel Hull: Popular with fisherman as well as with sport boat enthusiasts, tri-hulls, also called cathedral hulls, have a combination M-shaped bottom. They’re quite buoyant and stable and they get on plane quickly. They offer good volume below and significant deck space above. At speed, they tend to pound when they encounter choppy water so they’re ideal for lakes of calm bays.

Pontoon: Pontoon boats ride on (typically) aluminum tubes. Traditional pontoons have two tubes but newer designs have three and are called tritoons. Pontoon boats are all about deck space and make excellent boats for families and entertaining on the water. The newer tritoons can carry large outboards and so they’ve become planing boats capable of towing for water sports or reaching distant fishing spots.

Semi-displacement hulls combine rounded sections for increased storage and tankage, and flatter hull sections to partially lift the forward part of the hull out of the water, thereby decreasing drag at high cruising speeds. They generate large bow and stern waves and may need high horsepower engines to get on plane. Larger, cruising motor yachts lean toward the semi-displacement design.

Boats with separate and distinct hulls are called multi-hulls and can be catamarans or trimarans. Multi-Hulls can be either power or sailboats and have displacement or planing hulls depending their shape and the size of their engines.

Catamarans: Catamarans have two hulls with a deck or trampoline in between. Their benefits include excellent stability and depending on size and type, significant living space aboard. Large cats (35 feet and over) have become popular in charter use because they offer more interior and deck space and an easier motion to induce less seasickness. With two engines, catamarans are very maneuverable but they do require more room to turn and berth. Small catamarans usually have just a trampoline in between the hulls and make fun daysailers.

Trimarans: Trimarans are often (but not always) sailboats. They have three hulls: a main hull and two amas (side hulls used for stability). On some smaller trimarans, the arms that hold the amas can fold inward, making the trimaran narrower and in some cases trailerable. Trimarans require smaller engines and they sail faster primarily due to the reduced wetted surface (the area in contact with the water), which cuts down on drag.

When choosing a boat type, consider your primary use for the boat and let that guide you to the optimal hull shape.

Read Next: Parts of a Boat: Understanding the Anatomy of Your Boat 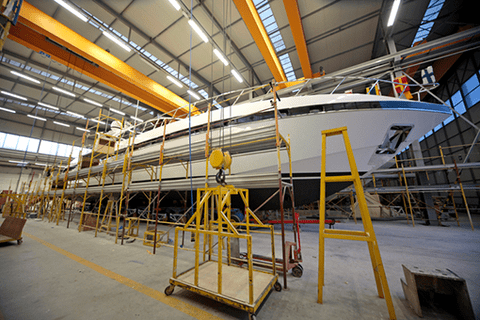 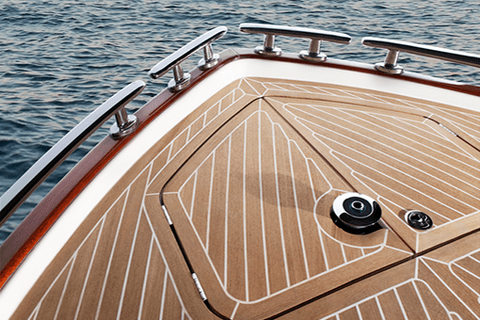 Design
Boat Flooring: How to Select the Right Flooring Option