How to buy a boat engine or motor

Choosing the right type of engine and propeller for your boat is very important. The engine’s weight and horsepower will have an impact on the performance of your boat. Matching the correct size and pitch for the propeller will enable your boat and engine to achieve the maximum performance for which it was designed. Most good dealers will guide you in these selections, but knowing what questions to ask is essential to getting exactly what you want.

An outboard motor is mounted on the boat’s transom outside of the hull at the stern, or back of the vessel. An outboard’s gearcase and propeller is submerged during operation but can be tilted out of the water when not in use. This prevents uneccessary corrosion or marine growth and makes them ideal for salt or freshwater use. To steer an outboard, the engine is pivoted on its mount, directing the propeller’s thrust. Today's outboard motors range in horsepower from 2.5 HP to over 350 HP per engine. But a few are now available boasting over 500 horsepower.

New outboards meet stringent new EPA emissions regulations that also serve to make them much more fuel efficient than early outboards. Some manufacturers use a “four-stroke” engine design and others use a modern two-stroke design called direct fuel injection(DFI). Four strokes are much like your auto engine and have an oil reservoir and a dipstick to check the levels

Two stroke engines use targeted injection that draws oil from a reservoir to oil critical parts of the engine during operation. The oil is consumed with the fuel leaving no residue. Modern low-emission marine outboard engines run quieter and smoother and with virtually smokeless exhaust when compared with engines of fifteen years ago.

Fuel is injected directly into the combustion chamber and ignited by the spark plug. The fuel spray from the fuel injector is highly atomized and quickly lowers the temperature of the combustion chamber, allowing for increased engine power, low fuel consumption and low emissions. Direct fuel injection results in no fuel priming, quick engine starting, and precision engine speed and performance across the operating range of the engine. Many of today’s most sophisticated automotive engines use a combination of DFI and four-stroke designs.

Fuel is injected into the incoming air for each cylinder, just prior to the intake valve of the engine. The fuel spray from the injector contacts the hot intake valve, cooling the valve and increases the vaporization of the fuel prior to being introduced into the combustion chamber. A spark plug then ignites the fuel air mixture. Electronic fuel injection results in no fuel priming, quick engine starting, low emissions and fuel consumption, and robust engine performance across the operating range of the engine.

A carburetor is the most basic type of fuel induction system and is a cost effective way to control the fuel delivery to the engine. However, some modern 4-stroke outboard engines outfitted with carburetors are calibrated to meet all applicable exhaust emission standards and offer greatly improved fuel economy over older 2-stroke carbureted engines.

Marine gas engines are automotive engines modified for use on the water. Gasoline stern drive and inboard engines range in horsepower from 135 HP to over 1000 HP per engine and are used in a variety of boats

Inboard engines have the engine and transmission mounted within the hull of the boat, under the deck. A drive shaft extends through the hull and a propeller is mounted on it to drive the engine. Steering is accomplished by using a rudder.

Sterndrives combine the gearcase of an outboard with the engine of an inboard. In fact, history indicates the sterndrive engine was inspired by outboard designs. A sterndrive’s gearcase extends through the transom at the back of the boat and the and a series of gears redirect the drive shaft below the water. The result is a propeller perfectly aligned with the boat’s direction of travel. Steering is accomplished by moving the propeller from left to right. The drive unit can also be tilted up for trailer travel. On smaller boats, when outboards are not selected, sterndrives are often the choice of power.

Since 2004, engine makers have been building a new form of marine propulsion called Pod Drives. These feature inboard engines—usually diesel—with a transmission inside the hull behind the engine. The transmission uses a downward oriented shaft that goes through the pod housing into the water to the gear case tucked up in front of the transom. The pod drive pivots to direct thrust. These engine systems offer more thrust per horsepower because they are perfectly aligned to the keel of the boat, making all force go in line with the boat’s motion. By contrast, inboard boats have a shaft that goes through the hull at an angle that turns the propeller downward by several degrees. Some of the thrust is lost to this downward orientation. Pod drives incorporate special steering and throttle systems that are entirely electronic. They are integrated with GPS systems on board and auto pilots for easy course plotting. Station keeping is a feature that allows the boat to maintain its position—say while you fit fenders and lines to moor the boat—until you return to the helm. The engine systems are more expensive, but save considerable space onboard, adding the possibility of an additional cabin or entertainment room. They are designed to shear off on impact in a grounding, sparing much damage to the hull and making getting back underway as easy as possible.

Diesel engines rely on compression to ignite the fuel and power the engine. Diesel engines are widely used in other parts of the world but in the United States, they are typically only found in boats larger than 35 feet due to their improved fuel efficiency weighed against an initial higher cost. In recent years, fuel and emissions regulations from the EPA and EU have revolutionized the diesel engine creating more efficient and cleaner engines.

A marine jet drive system is much different than an outboard or sterndrive or inboard which uses a propeller in the water. A jet boat and personal watercraft draws water from under the boat into a pump inside the boat and then expels it through a nozzle at the stern

Jet boats and personal watercraft are highly maneuverable and have very fast acceleration and because they have no exposed propeller below the surface can often run safely in shallower water. 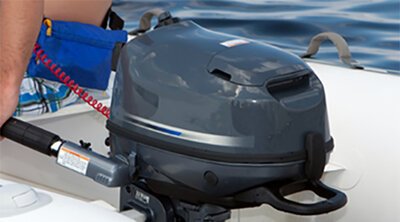 Surveys show the most likely reason a boater becomes disenchanted with his new boat is for lack of horsepower. Ensure that the motor you choose is the ideal horsepower for your vessel and the activities you want to pursue. Often the choice of power is over-simplified by the question “How fast will it go?” More horsepower gives far more than speed. It gives better handling at midrange speeds, a better “hole shot” for pulling skiers from the water and often better sea keeping capabilities in rough water

A boat that may give a satisfactory test run with you and the dealer and 10 gallons of fuel may be completely unacceptable with a maximum passenger load, a cooler of drinks and a full tank of gas.

A good rule is to get the horsepower as possible to the maximum your boat is rated for. And added penalty for too little horsepower is excessive fuel consumption. It seems like a smaller engine should burn less, but typically, it has to work harder to give the performance you expect and it burns more gas doing it. Which horse will have an easier time of carrying a 200-lb rider? A smaller, slimmer horse or a stronger, more powerful horse? 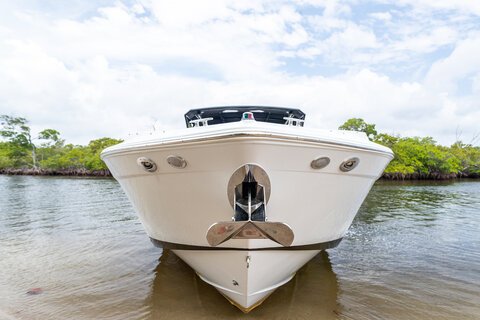 Even if you think you know everything about boats, you still need a marine survey. A marine surveyor assesses both the structural condition and value of a used boat, and it's the nautical equivalent of a termite inspection, plumbing/electrical report, and property appraisal. 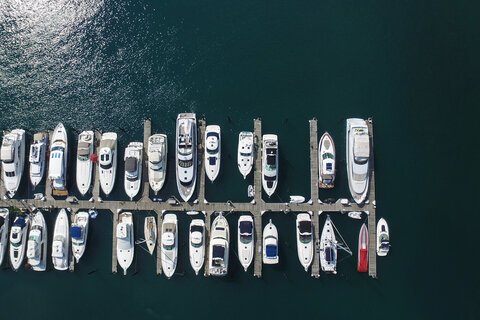 Deciding on the right type of boat for you and your family can be a tough decision. Luckily, there's a boat for every person and activity, as well as every budget. From pontoons to fishing boats, runabouts, speed boats, and everything in between—this guide will help you narrow down your options.