V-Drive vs. Direct Drive Inboard Engines: What are the Differences? 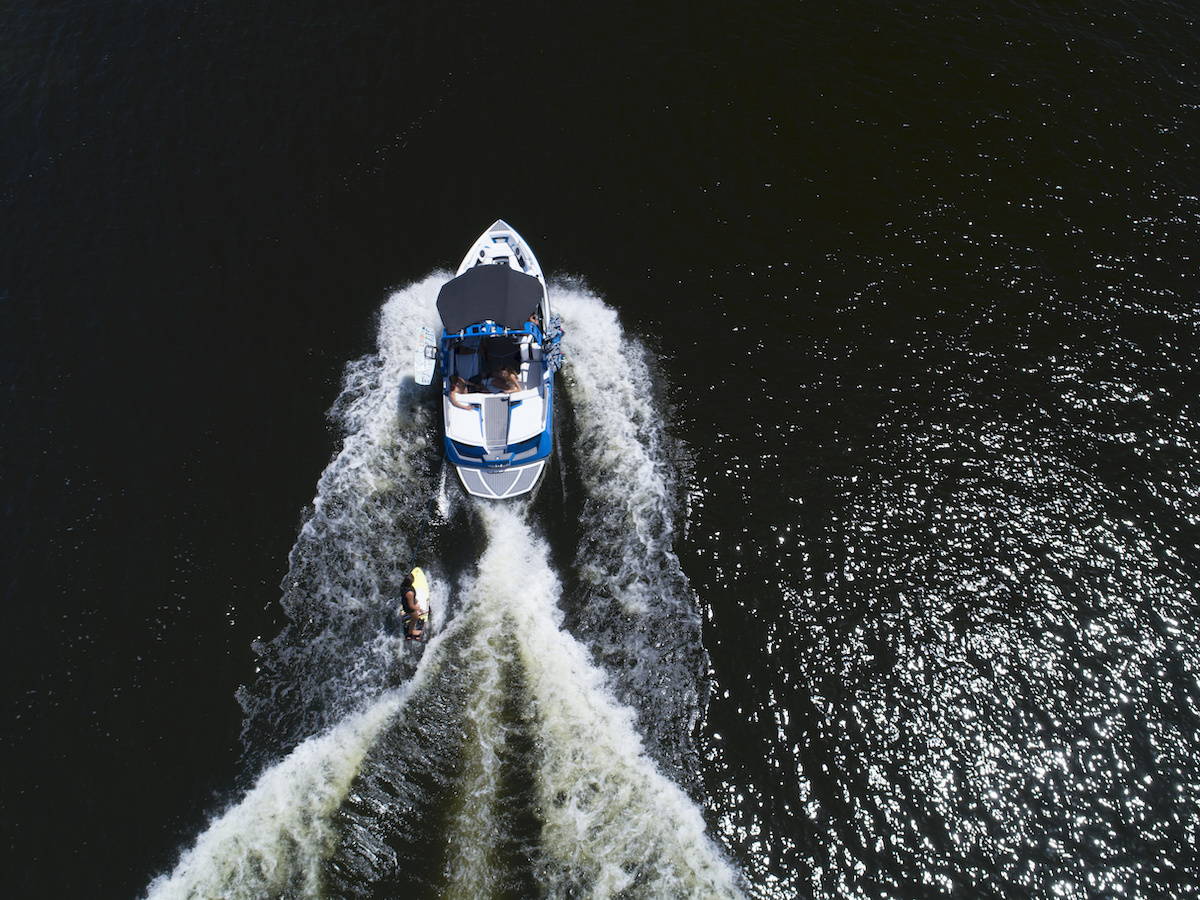 A V-drive and a direct drive are both inboard propulsion systems, which means the engine drives a propshaft that passes through the boat bottom, with the propeller positioned under the boat and steering accomplished by a rudder. These days inboard power is most popular on watersports tow boats designed for wakeboarding and wakesurfing, where placing the prop deep in the water under the boat produces a clean wake and keeps the prop away from the person behind the boat. But inboard power can also be found as an alternative to a sterndrive or pod drive system on some cruising and sportfishing boats, where its chief advantage is its simplicity, reliability and ease of repair.

Inboard power–either direct drive or V-drive–is less complex and requires less service than a sterndrive, and is also less prone to corrosion in saltwater. However, the sterndrive can be trimmed, which results in superior speed and efficiency on small to mid-size boats. Pod drive systems feature a steerable prop and are a hybrid of an inboard and a sterndrive, but pods require twin engines and are available only for larger boats.

A direct drive system places the engine or engines near the center of the boat. Power passes from the engine to a transmission that enables forward-neutral-reverse shifting, and then to the propshaft, which passes through the boat bottom at a 7- to 12-degree angle. This angle means some of the energy from the prop thrust is always lifting the boat, rather than pushing it forward.

In a V-drive system the engine is placed further aft in the boat, almost as close to the transom as the engine in a sterndrive. The engine “faces” aft with its output shaft facing forward and mated to a V-drive transmission that uses a series of gears to reverse the output direction 180 degrees and mates to the propshaft, which is in about the same position and angle as it would be found on a direct drive inboard system.