Lake Superior is the world’s largest freshwater lake by surface area, which is 31,700 square miles. It’s bordered by Ontario in Canada and by Minnesota, Wisconsin and Michigan in the U.S., and that makes it a great boating destination for many people.

Although the average depth of the lake is around 480 feet, the deepest point is over 1,300 feet. It’s also the northern-most and highest in elevation of all the Great Lakes and all these factors keep the average temperature a chilly 36 degrees. Nevertheless, each summer, Lake Superior waters and beaches are packed with tourists and locals looking to enjoy this vast liquid playground.

Explore Boat Types for Your Lifestyle 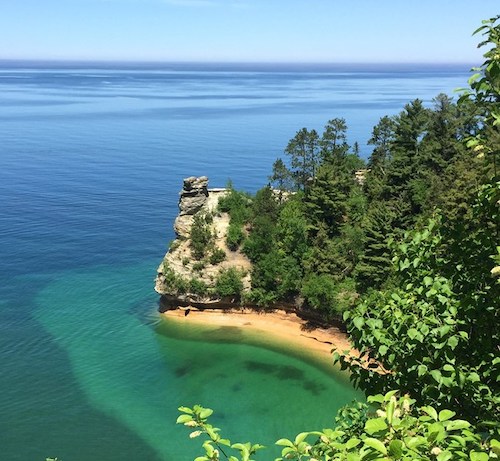 Including its islands, Lake Superior has over 2,700 miles of shoreline so finding a secluded anchorage isn’t difficult and dozens of small towns make great boating destinations whether you own a vessel or not.

With 78 species of fish, Lake Superior is a fishing paradise with hundreds of serious tournaments and more relaxed contests for both pro and amateur anglers. The North Shore Salmon Classic and the Lincoln Park Walleye Opener are just two events for young and old.

Sailors can join the Biennial Trans Superior International Yacht Race that runs from Whitefish Bay, Michigan to Duluth, Minnesota. This can be a challenging race given that the waves on the lake can approach 20 feet. Music and brew fests with bonfires abound so there’s something to do all summer and well into the surrounding seasons.

What to Watch Out For

Wind and waves can build up quickly and fog is a frequent visitor on the open waters of Lake Superior so updated weather information is critical for anyone venturing offshore. Also, shipping traffic can be heavy so current charts showing shipping lanes and a good onboard watch are necessary. Larger yachts should plan refueling stops carefully as distances can be long and sailboats will need to keep an eye on depth since not all areas are deep keel-friendly. Thunder Bay is a good fueling and provisioning stop and a nice place for a sailboat to hide out in one of two marinas while a storm blows through.

Although there’s no visible border, Lake Superior straddles Canadian and U.S. waters so checking in when arriving in Canada or returning home is necessary. In certain areas, a CANPASS allows transit with only a phone call to the authorities.

Boating in a Cultural Context

Originally named gichi-gami (meaning “great sea”) by the local Ojibwe natives, Lake Superior has figured prominently in literature and music. Boater’s can soak in the adventures of Henry Wadsworth Longfellow’s Hiawatha or ponder the tragic and mysterious 1975 loss of the iron ore ship, Edmund Fitzgerald, memorialized in a song by Gordon Lightfoot. The lake is steeped in history as well as natural attractions so its shores can keep a boating family occupied for multiple seasons of watery entertainment.

Read Next: Best Lakes in the US