The catch-all term “runabouts” is used to describe a number of different types of boats that often includes bowriders, deckboats, jet boats, and others with two distinct similar traits: they’re powerboats, and they’re relatively small. 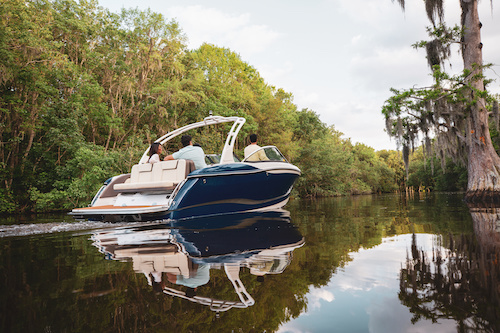 What is a Runabout Boat?

There’s no “official” designation as to when a boat’s too big to be a runabout, but most people would consider boats with lengths in the upper teens and lower 20s to be runabouts.

Runabouts are extremely popular, for a number of reasons:

Is a Runabout the Best Boat for You? 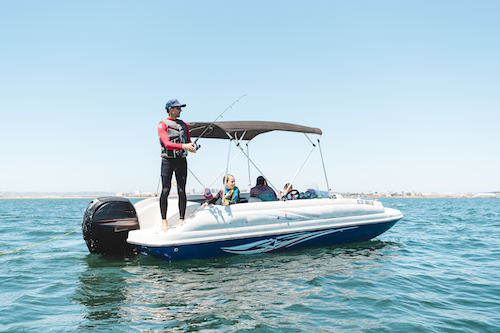 While their non-specific nature means that runabouts won’t necessarily be the best choice for any one specific activity, they are great for general purpose uses like day cruising, beaching, swimming, and beginner-level watersports. When it comes to activities like tubing and kneeboarding, you really don’t need all the advanced equipment found on dedicated wake surfing boats, like ballast tanks and trim fins. Many people with casual anglers in the family also like runabouts since bringing a rod or two is always an option, but since the boat isn’t designed for fishing and fishing only, it will still have some of the comfort features found on non-fishing boats like lots of seating and swim platforms.

This sort of flexibility also extends beyond the boat’s potential uses and into how the boat itself is outfitted.

Among all these choices, the biggest you’ll make when picking out a runabout for yourself will likely be the sort of powerplant you choose. Some people prefer stern drive runabouts because the inboard engines are familiar designs, similar to automotive engines, which are easy to work on and maintain. The use of a stern drive also allows for a large swim platform spanning the transom, and a sunpad atop the motor-box. But in recent years modern four-stroke outboards have been gaining in popularity, since they tend to be a bit less expensive, provide exceptional reliability, and run quietly and smoothly. Choosing between these two options is a big decision, so before making a final call be sure to compare and contrast the options by visiting our Boat Motors pages.

Will a runabout be the best choice for you and your family? Only one person can answer that question—and that’s you. But we can say one thing for sure: with a runabout in your garage or slip, a wide range of boating fun is just around the corner.

Read Next: Best Boats for Families