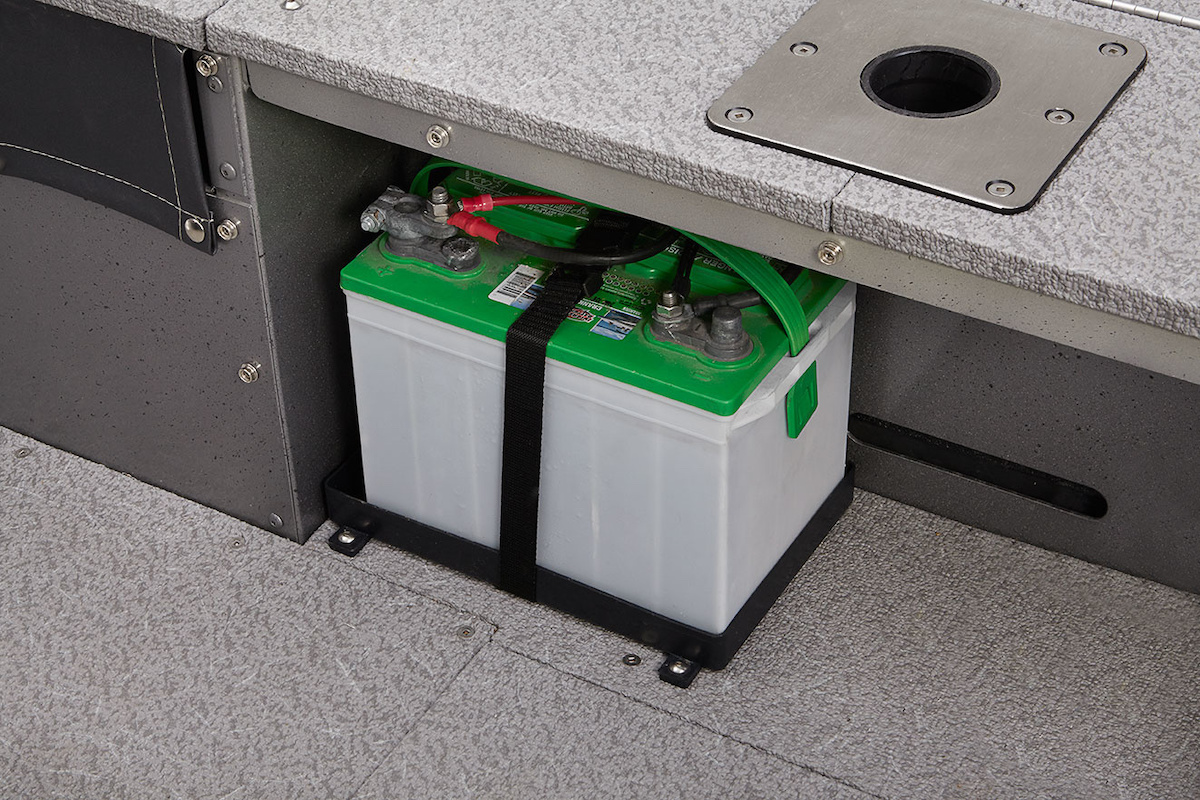 There are three basic types of marine batteries: 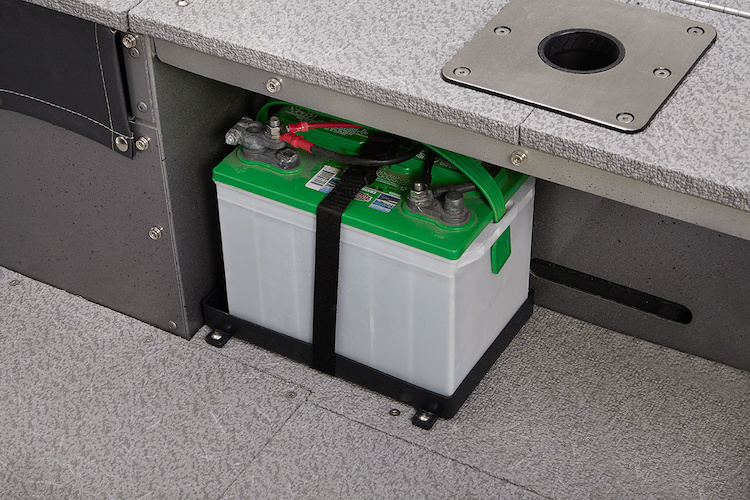 If you have an electric trolling motor, thruster, windlass, or other battery powered accessories that draw larger amounts of current, you’ll want a separate deep cycle “house” battery for that purpose. A deep cycle battery is only meant to be used where high rates of discharging and re-charging occur often. A deep cycle battery is constructed differently than a cranking battery, with thicker, heavier plates. The longer, higher amperage requirements of trolling motors and windlasses, for example, would heat and distort the thinner plates of a normal cranking battery.

The cranking battery has more yet thinner plates to give a fast voltage spike to crank an engine, but is not intended to maintain high power output for long periods. Yes, a deep cycle battery can be used to start your motor in a pinch, but a two- or three-battery system is highly recommended to separate the engine battery from the accessory (house) batteries.

The best way to be sure your battery is still good is to have it “load tested.” Most auto parts or battery specialty stores will load test your battery for free and tell you if it’s still serviceable. Just because it’s gone dead once or twice doesn’t necessarily mean it’s no good. The rest of your electrical and charging systems may need some attention as well, as something other than the battery itself may be the cause of the problem.

Consult your boat owner’s manual or a marine dealer when replacing a marine battery, and be sure to buy a new battery that is a good match for your boat. Marine batteries are rated by their ampere hour rating, reverse capacity, and marine cranking amps. When shopping for a deep cycle battery, you'll want to pay the most attention to the ampere hour rating and reserve capacity. For starting batteries, focus primarily on the marine cranking amps. Consult all three rankings when searching for a dual-purpose battery.

If you add electrical accessories to your boat, you may need to upgrade to a battery with a higher amp-hour rating, especially if you spend a lot of time trolling with the engine at a very low speed (which results in less charging power from the alternator) or you spend a lot of time beached or at anchor while using accessories like the audio system.

Most of us understand that when we are buying a new or used boat, the batteries supplied may not necessarily be top-of-the-line. If they seem to do the job, we don’t think much about them. But in the warmer climates everyday heat is a major enemy of batteries, and can shorten their life considerably. In areas of the country that force us to put boats in storage for the winter, how the battery is cared for during this period is also critical to increasing life expectancy.

It’s best to keep batteries on a regulated “trickle” charger to maintain charge while not in use. A battery that is not charged (and kept charged) can freeze in cold temperatures and a cracked case is the likely result.  A battery is like a lot of things in life—use it or lose it! A car battery will typically last longer than a boat battery because the car is used regularly and the battery stays charged. When it comes to boats, the old adage of a battery’s life being two years is pretty well on the mark. You’ll usually get a heads-up when it’s about to give up on you, with the warning being a “dead” battery one morning or a bit slower cranking speed than you’re used to. You plug in the charger, the battery miraculously comes to life, and you’re off on your trip. You may think a light was left on, or that the radio memory pulled the voltage down. The reality may be that the battery is sulfating, plates are warped, and it no longer takes or holds a charge like it once did.

Bottom line? Keep your batteries charged, keep the terminals clean, and by all means get out in the boat and “exercise” your electrical system as often as you can!

Read Next: How to Winterize Your Boat

Boating Tips: Preparing Your Boat for the Season