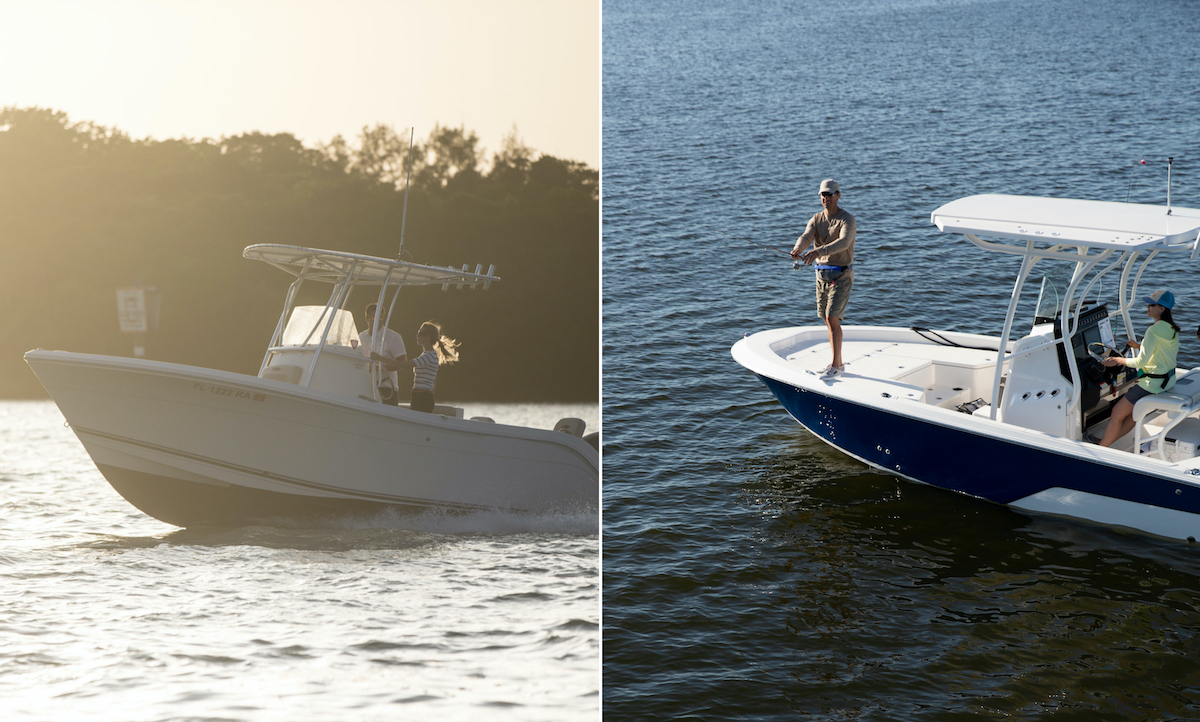 For a huge number of anglers plying America’s waterways, either a bay boat or a center console will prove to be the ultimate fishing machine. But at first glance, these two genres of boats may appear to be one and the same. While it’s true that the differences between them are subtle, they’re also quite important.

Virtually all bay boats are center consoles, because virtually all of them have a steering station on a console in the center of the boat—the defining trait of center console boats. But all center consoles are most certainly not bay boats. Bay boats initially became popular because they fulfilled the specific needs of inshore anglers plying southern waters, mostly along the Gulf coast. But as their excellent fishability became apparent they evolved through the years, and have become popular throughout the nation.

Here are the distinctive traits that set a bay boat apart from other fishing machines:

Looking at these traits, it’s easy for any experienced angler to understand why these boats are so effective for light-tackle shallow-water fishing for species like redfish, speckled trout, and striped bass. However, there are also some down-sides to consider.

So if you enjoy offshore fishing as much as inshore fishing, which boat is best can become a difficult call. That’s not to say that many people who own bay boats don’t take them into the ocean on a regular basis—they certainly do.

But being a bit choosier about the weather is in order or you risk taking a pounding or getting wet if the seas kick up. And if you’re running a single-engine boat outside of the inlet we certainly hope you have a good tow insurance policy just in case a problem arises.

On the flip side of the coin, center consoles also have their own key distinctions:

So, Which Boat is Right for You?

As is always the case when you’re choosing a new boat, which design will suit you best is a matter of personal preference. That said, if you intend to spend the bulk of your fishing time in bays, tributary rivers, and backwaters, a bay boat will almost certainly be a wise choice.

If you plan to fish both inside and outside of the inlet, which will serve you best is a toss-up and you’ll have to decide whether to prioritize the inshore action, or the offshore excitement. And if you think you’ll head out into the ocean more often than not, deciding on a center console will likely be the better move. 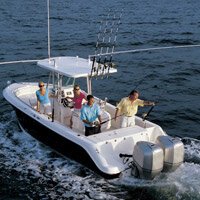