How to Find the Perfect Cooler for your Boat

When it comes to finding the best boat cooler your needs will differ quite a bit depending on whether you enjoy activities like saltwater fishing, overnight cruising, or watersports. Once you thinking beyond merely keeping the items inside chilled, it takes a very different cooler to fit different niches like these. So, how will you know which is the best cooler to bring aboard your boat? Consider the following types:

Standard marine coolers are hard-sided coolers built with hardware that can survive the marine environment. They’re sturdy enough to sit on, have enough insulation to hold ice through a long day on the water, and are moderately expensive when compared to other types of coolers. They’re an excellent option for all types of boating, but they can be bulky and difficult to stow.

Wheeled coolers are a great option for hauling heavy loads down the dock, but they have a number of downsides. The wheels and additional handles require molded-in recess in the cooler, which reduces their interior capacity. Like standard marine coolers they can be difficult to stow. And if left sitting unsecured on a deck, they may start rolling around when a wave hits. If getting from your car to your boat only requires a few steps a wheeled cooler probably won’t be the top pick, but if you have to hike a bit, a wheeled cooler can save you a lot of work. 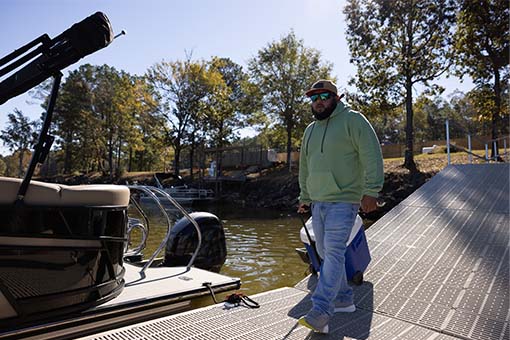 When it comes to finding a cooler that can be stowed in odd-shaped compartments or tight areas, soft-sided coolers are the natural choice. These are the only types of coolers that can be squished, bent, and squeezed into whatever shape necessary. However, many don’t hold ice as well as rigid coolers, they can’t serve as seating, most don’t have drains, and they can be more difficult to clean than rigid coolers. Also, anglers will definitely not want to haul the catch of the day around in a soft-sided cooler because fish spines and teeth can puncture the interior lining. Then the insulation becomes saturated, rendering the cooler more or less useless.

They’re dirt-cheap, but styrofoam coolers are an awful pick for use on a boat. They tend to crack and break easily, their light tops blow off in a breeze, and they don’t hold ice all that well in the first place. However, they do still have their uses in the marine world. If your boat has an integrated cooler you can use a foam cooler to shuttle cold drinks or food between your house and the boat. And many anglers like to keep a small foam cooler or two on hand so they can send fresh fish home with friends after a successful trip.

Heavy-duty super coolers have become very popular in recent years, and it’s no wonder why: they can hold ice for days on end, they’re incredibly beefy and rugged, have hardware that will last for years on end, and many have non-slip feet that won’t slide on a fiberglass deck. Many also are air- and water-tight and close on thick rubber seals. That said, they’re also quite expensive, bulky, heavy, and have much less interior volume for their size than standard marine coolers because the insulation is so much thicker than normal.

Consider all of the plusses and minuses of these different types of coolers, and you should get some idea of which will serve you best. But before making any choices as to which is the best boat cooler for you, you’ll also have to think about some additional factors. Size is probably the most significant, since there will always be a trade-off between cooler capacity and ease of storage. Many boaters have multiple coolers for this one reason alone – a small or medium-sized one for chilling drinks and beverages, and a large one for icing down those trophy fish, for example.

If your boat has limited storage for a cooler but also has limited seating, a cooler that serves both purposes may be a good choice. Seat cushions are available for many of the rigid coolers large enough and strong enough to sit on. If you do plan to use a cooler for seating, however, you may also want to consider what type of feet the cooler has, if any, to ensure it doesn’t slide out from under someone. Many cooler manufacturers also offer deck-mounting brackets as accessories, which will hold a removable cooler in place.

Speaking of accessories: some coolers are designed to utilize quite a wide range of options. Along with those seat cushions you may be able to add dividers or trays to keep food off the ice, fishing rod holders that mount to the sides, cutting trays or tables, bottle openers, cup holders, and more. If you think you might customize your cooler right off the bat or down the road a bit, you might want to look for manufacturers which offer the options of interest.

Construction quality is another attribute which you should also pay close attention to when you start shopping for your own personal best boat cooler. Naturally this includes how strong or rigid the cooler itself is, but hinges, hardware, and carry handles are also key features to look at. Plastic hinges and latches generally won’t last for more than a few seasons. Thick rubberized latches work better, and also tension down the cooler lid to help create an airtight seal. Metal is an excellent material for these parts, but if it’s not stainless-steel it won’t last long in the marine environment. The screws securing them need to be stainless-steel, as well. And when it comes to carry handles, again, plastic will often break over time, especially if you load the cooler down with lots of heavy ice and beverages. Molded-in handles will last the longest but increase the cooler’s overall size and aren’t always comfortable to use. Swinging rope handles work well and although they may be subject to damage, are easily replaced.

Though choosing a boat cooler would seem to be a simple task, as you’ve undoubtedly realized by this point there’s actually quite a lot to consider. The good news is that once you have the best cooler in hand, you’ll be ready to hit the water and chill out in a big way.

Read Next: 10 Things You Need to Bring on a Boat" 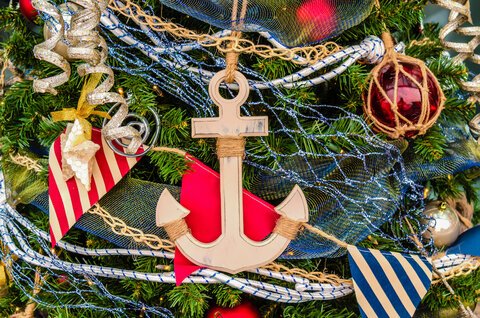 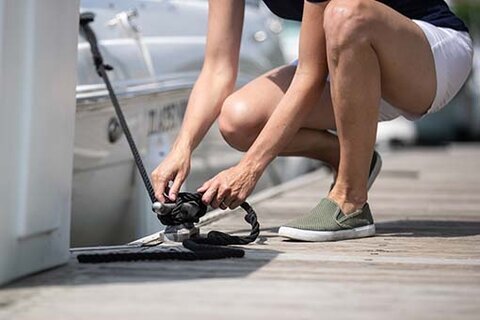