It’s hard to be what you cannot see but as a Latino in the world of boating, sailing, and water sports, the role models are becoming more tangible and less far between.

Whether your passion point is sailing or surfing or going to the Olympics, there are now Latino-identifying individuals who have started to pave the path for the next generation. As a refresher, according to the U.S. Department of Health and Human Services, there are currently 62.1 Hispanics living in the United States, making them the second largest racial or ethnic group in the United States.

The rise of Latinos within the United States makes it not only likely, but highly probable, that sports that were once considered off limits for Latinos, will slowly but surely start to become more diverse and inclusive.

And in some ways it all starts with the United States Coast Guard’s records of Latinos playing key roles as keepers at lighthouse stations.

A fellow lighthouse keeper, Andreu is noted as the first ever Hispanic American to serve in the Coast Guard. He was the appointed keeper of the St. Augustine Lighthouse in Florida from 1824 to 1845. Andreu died in December of 1859 due to a tragic fall while washing the Lighthouse.

Maria Mestre de los Dolores Andreu was married to Juan Andreu and lived in the lighthouse together with their children. After Andreu’s tragic death in 1859, it’s said that it became clear that the best person to replace Juan was Maria. Her marriage had simultaneously turned into an apprenticeship on how to run the lighthouse. In 1859, Maria became the first Hispanic American woman to join the Coast Guard, run the lighthouse, and oversee federal shore installation, according to the U.S. Department of Defense.

Ximenez’s time in the Coast Guard overlapped with both Juan and Maria’s time. According to the U.S. Department of Defense, in 1843, Joseph Ximenez became the first Hispanic American to oversee a Coast Guard vessel, known as Carysfort Reef Lightship.

Fast forward almost 100 years to Justo Gonzalez. In February 1944, Gonzalez became the first Hispanic American to become chief petty officer in the Coast Guard with his promotion becoming official in the fall of 1948.

In 1974, Borrego became the first Hispanic-American woman to enlist in active duty Coast Guard. According to the U.S. Department of Defense, by 1998, Borrego earned promotion to the YNCS and became the first Latina woman to reach E8. 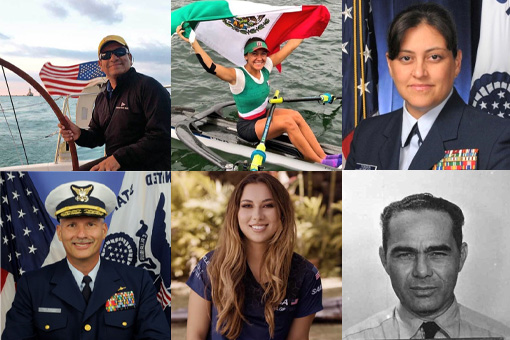 Rabago served a 36-year tenure in the United States Coast Guard (1978-2014) and became the first Hispanic American to be promoted to rear admiral.

Born in 1994, Lechuga Alanis is one of Mexico’s most famous rowers. She competed in the 2016 Summer Olympics and won gold at the 2019 Pan American Games.

The first ever Hispanic Commodore of the Chicago Yacht Club retired in 2020, but not without leaving a lasting legacy and a call for Latinos everywhere, “My message for Latinos is - you belong. You work hard, you make your money, you belong.”

Born in 1996, Alvarez is a championship winning, Mexican-American synchronized swimmer with strong ties to the Olympics. She’s competed not once, but twice, and her Team USA bio shares that Alvarez’s father coached at the Olympic level and her grandfather worked behind the scenes in the 1980 Olympic games.

CJ Perez started her official competitive sailing career in 2016 (at just 13 years old) and in less than six years has piled up titles and blazed a new path. Perez is the first Latina to win multiple championships in competitive sailing, according to Oracle. 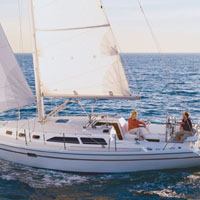 Why Learn How to Sail? Reasons to Learn Sailing 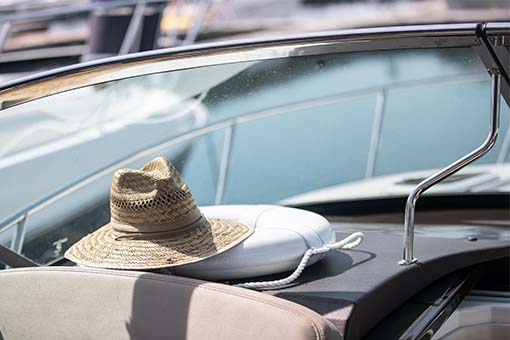