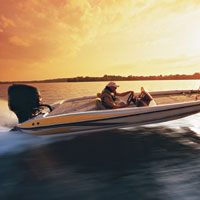 The most popular game fish are salmon, trout, bass, and pike in freshwater, but choosing bait to hook these fish is a very personal matter. Fishing baits usually weigh from 1/4 to three ounces. The most popular weight for bait casters is 5/8 of an ounce.
While some anglers lay claim to personal secret bait recipes, there are some “standard” baits that have been widely proven over time. Here are some of the more common ones.
Worms are a fishing cliché, but the fact is that they do work and they are the overwhelming favorite for freshwater among American anglers. Earthworms, red wigglers and nightcrawlers can be “bred” in a compost pile, dug from a garden or purchased from bait shops and fishing tackle stores. Store live, leftover worms in the refrigerator for the next outing.
Crickets and grasshoppers are excellent choices for sunfish, bass and catfish. These insects can be caught by hand, with an insect net or even purchased at pet stores. Look for them in thick, tall grass or at night under lights. Laying a cloth, towel, cardboard or newspaper on the grass will attract crickets.
Some people have also had success with fireflies (lightening bugs).
Small fish and other water-dwellers also make great bait because they are the natural food for larger fish. Minnows are excellent bait for many target species. The can be bought or you can captured your own. Minnies or shiners, as they’re called, can be netted or trapped using a minnie trap. Look for minnies schooling around pier and dock stanchions, moored boats, dock ladders in calm waters. They are very common in marinas. Keep minnows in an aerated minnow bucket and don’t crowd them. Change the water often to keep the minnows lively, or simply keep the bucket, which will have holes or slots, submerged on a line in water off you dock or moored boat (just remember to bring them aboard before moving the vessel).
Other small baitfish include herring, anchovies and menhaden. Other small water animals, including shrimp, crab and clams are also well proven.
Crayfish— also known as crawfish, crawdads or mudbugs, depending on where you live — are used for catching all types of bass, as well as catfish and freshwater drum. They are the second most popular bait after worms. Depending on where in the country you live, crayfish can be caught in small ponds, roadside ditches or other areas where rainwater pools. This is particularly true in the Southeastern and South Central states. Crayfish can be fished either live or dead
There are many foods in your kitchen that also work well as bait, particularly for catfish and carp. Chicken and chicken skin, hot dogs, corn, dough (for pastries or bread), bread and biscuits, bagels, and chic peas are just a few. Dry animal chows (pellets), such as those fed to rabbits, are also good.
Some anglers make bait concoctions from several different items. Typically these recipes are bound together with bread, bread dough or moistened oatmeal.