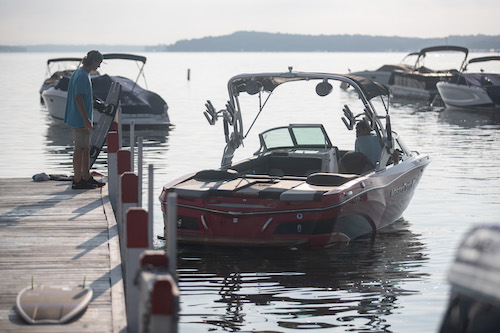 Fortunately, with that complexity, most boats today are built to electrical standards—not unlike terrestrial electrical codes—that incorporate multiple safety features to prevent fire and preclude electric shock. There are caveats, though.

First, what exactly is electrical shock drowning (ESD) and carbon monoxide poisoning, and why should you be concerned about it as a boater?

Don’t swim in a marina or near docks with electrical power. A 120-volt electrical failure on your boat, a neighboring boat or the dock can—in fact often does—energize the water for many feet around it, which can be lethal. Turn off 120-volt generators and inverters while swimming at anchor too.

Carbon monoxide is inherent in engine exhaust and open-flame combustion, but CO also separates from those exhausts. The resulting colorless, odorless gas can find its way through boats in unexpected ways—such as into a galley sink drain hose. It might come from a neighboring boat too.

Carbon monoxide in high concentration is quite lethal, but lower concentration, over several hours, is equally deadly. The early signs of CO poisoning—drowsiness and a slight headache—might seem like simple sleepiness. Other symptoms include nausea, dizziness, loss of judgement, unconsciousness and convulsions. In suspected CO-poisoning cases, fresh air is the most important first aid.

Other Electrical System Factors to Consider

Deficient electrical repairs or equipment additions can lead to fire, electric shock or expensive boat repairs. Automotive and landside electricians might be experts in their respective fields, but multiple electrical systems interacting with each other—and with surrounding water—demand qualified marine technicians.

Any installations, not just electrical work, call for caution. If a drill bit or screw penetrates a bundle of wires, the resulting short likely won’t be detected until something—or someone—touches it. 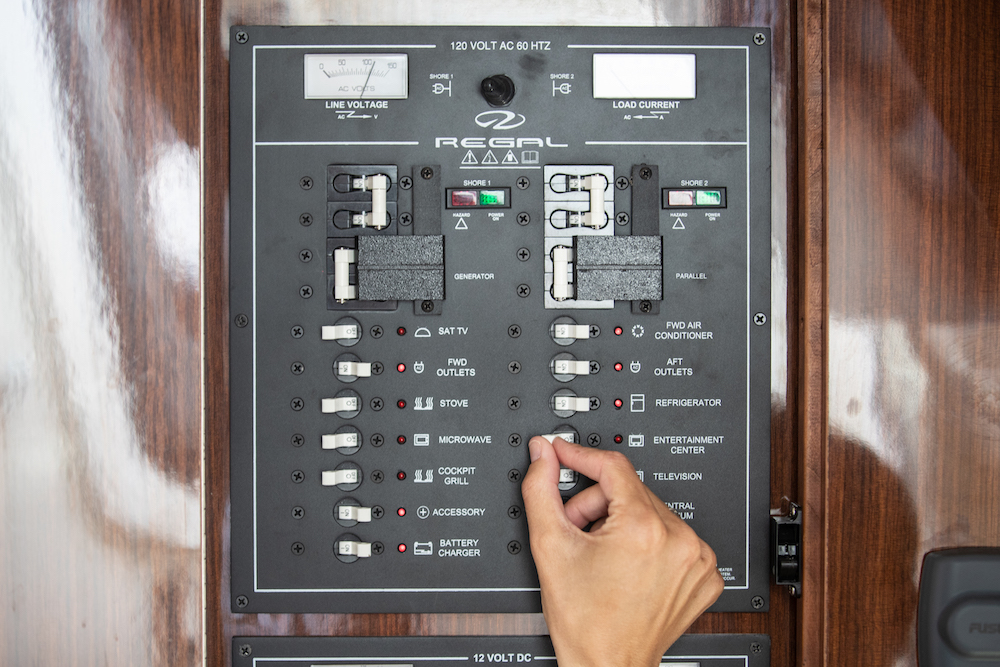 Circuit breakers for either 12-volt DC or 120-volt AC systems trip power off before an overloaded wire heats up and causes a fire. However, circuit breakers don’t protect connected equipment, and they only offer ancillary protection against shocks.

Sometimes circuit breakers go bad and trip unnecessarily. Most times, however, when a breaker repeatedly, inexplicably trips, there is an underlying electrical problem that could be dangerous. Telling the difference requires advanced tools and knowledge.

Thicker wire carries more amps, without overheating, than thinner wire. Don’t replace a circuit breaker with one that trips at higher amperage—chances are the wire attached can’t accommodate the increased amps.

Discolored or deformed wire insulation indicates troublesome heat or corrosion. With all power off, wiggle or tug suspected wire ends or splices to be sure they’re secure.

In-line fuses spliced into 12-volt DC wires leading to electrical equipment, or distribution blocks that include several fuses, often protect specific equipment. Occasionally they protect the wire itself too—most commonly when bilge pumps are connected directly to batteries. Never replace a fuse with one that’s rated for more amps than the equipment calls for.

On high-amperage equipment connections, such as bow thrusters or anchor windlasses and between batteries and battery cables, be sure metal fuses or wire ends lay directly against metal bases or other wire ends—a stainless steel washer sandwiched between can create fire-causing heat.

Ground-fault circuit interrupters—such as those in a home kitchen, bathroom or garage—protect nearly all electrical outlets on boats. (One GFCI receptacle often protects several more outlets connected to it.)

GFCIs compare current flowing into an attached appliance with current flowing out of the same appliance. Any imbalance indicates electrical current is going somewhere it shouldn’t—quite possibly into a person.

GFCIs trip so quickly they preclude electric shock, but they do sometimes go bad. Use integrated test buttons regularly, or better yet, invest $20 in a GFCI outlet tester to verify, regularly, that all onboard outlets are safe. 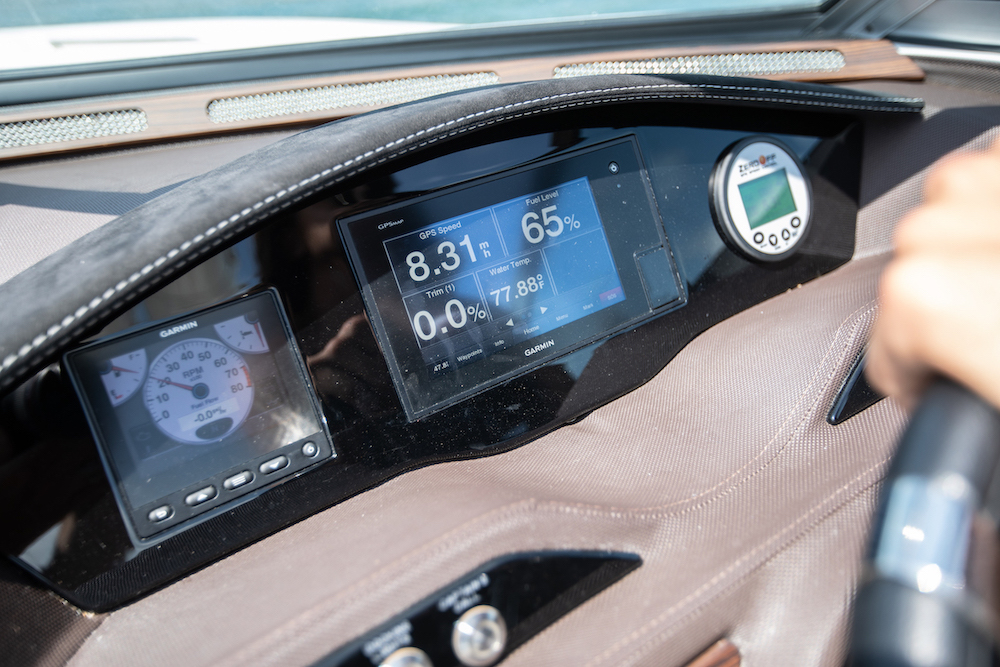 Installed on many boats since 2011, electric-leakage circuit interrupters work similarly to GFCIs, but they’re installed on main shore-power inlets to protect all AC circuits. ELCIs aren’t as sensitive as GFCIs, though, so they don’t negate the importance of individual GFCI outlets. Use ELCIs’ integrated test buttons often to verify efficacy.

Shore-power systems carry deficiencies within the dock’s electrical system onto the boat. Head off many potential problems by checking, often, for pinched, cut or discolored shore cables as well as loose, corroded or blackened ends and receptacles. Green ground wires are particularly important because they carry current from a fault in 120-volt equipment anywhere aboard back to earth ground.

Protect cord receptacles, connections and adapters against weather too.

Marine generators and inverters are safe when properly installed. Don’t connect a portable generator to a shoreside power inlet, however, because serious electrical deficiencies arise.

Green or green-and-yellow wires interconnect—or bond—metal hardware. This helps protect those metal parts from galvanic or electrical corrosion. Periodically inspect those wires for corrosion or damage. Bonded hardware also becomes a backup earth ground for 120-volt AC systems. It’s critically important that these two separate systems—AC ground wires and bonding-system wires—are tied together, but only in one location.

Boatside shore-cable inlet ground wires tie into the bonding system through a galvanic isolator, which blocks tiny metal-corroding electrical flow but passes current from a fault that could otherwise cause electrocution. Galvanic isolators can go bad over time, though.

Any concern over how these three systems tie together—boat AC, shore AC, and bonded hardware—can be assuaged by a marine electrician in one short visit.