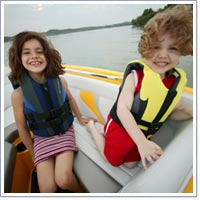 What, exactly, is a “real” family vacation?

I think I know what it’s not. It’s not every one in the family going somewhere together but remaining ear-phoned and wired to his or her various electronic devices so they can shut out distractions; i.e. brothers and sisters, sons and daughters, mothers and dads. I also think I know what it is. I know about a family vacation that is really different. It is for all ages. It guarantees quality family time. It’s an expedition, an adventure, summer camp, summer school and even manners school all rolled into one. Plus, it’s real in a way that Disneyworld and Busch Gardens could never be.

The perfect family vacation? A cruise. Wait. I’m not talking about a cruise on a big impersonal ship with a thousand cabins. I mean a cruise on a private yacht with just two or three cabins. Instead of crossing an expanse of ocean to dock at foreign shopping districts, imagine your family cruising the sheltered Gulf Intracoastal Waterway past Southwest Florida’s gulf barrier islands and wild mangrove sanctuaries where herons, egrets, pelicans and ospreys roost. Leave the earphones, cell phones and laptops at home. This is an expedition into the wild. This is not the family vacations that I recall with my brother, sister and me fighting for the best seat in the family station wagon. On the bridgedeck, there is no such thing as a bad seat.

The best lessons are learned like that, not from a textbook.