On August 7, 1789 the United States Congress had the bright idea to approve an act “for the establishment and support of lighthouses, beacons, buoys and public piers.” It only took two hundred years for Congress to have another bright idea—and in 1989 it passed a resolution to designate August 7th as National Lighthouse Day to celebrate the anniversary of the lighthouse act.

Originally erected to enhance safety and boost trade along our country’s coasts, lighthouses were once important landmarks and critical navigation aids, casting brilliant beams to guide ships safely to harbor through fog, storms and the dark of night. While modern technology has decommissioned most of these shoreline sentinels, the beacons hold a special place in American history. The tales and maritime mythology that surround them are fascinating lore, and the structures are iconic symbols of safe harbor.

Today many of these towers have been transformed into museums, parks and attractions that both celebrate and preserve maritime history. Many feature tours that offer you the chance to relive the past and enjoy the panoramic views that were once the sole domain of lighthouse keepers.

In celebration of National Lighthouse day, here’s a look at a few of the most historic lighthouses in the United States. 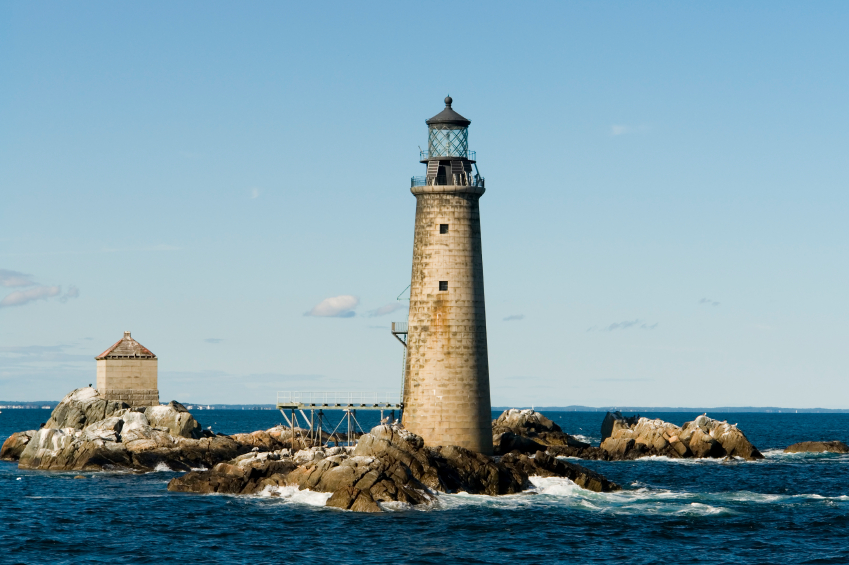 Boston Light was the first light station in North America and is the country’s oldest continuously used lighthouse site. The original structure, built in 1716, was destroyed during the Revolutionary War. Rebuilt in 1783, it has been called “the ideal American lighthouse.” Designated as a National Historic Landmark in 1964, it is the only manned lighthouse in the United States. Learn more: www.bostonharborislands.org/go-boating 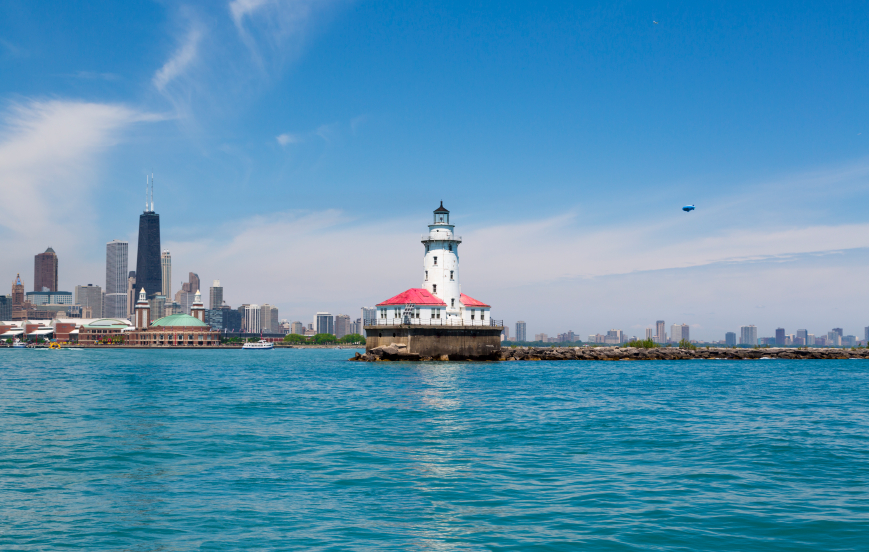 Overlooking the mouth of the Chicago River, the Chicago Harbor Light has stood watch as the city boomed and the harbor became a strategic military site and shipping route. The current 48-ft. tower, with attached housing for keepers, was built as part of the 1893 World’s Columbian Exposition. As Chicago’s lone remaining beacon (and one of only two lighthouses in Illinois) it was designated a Chicago Landmark in 2003.
Learn more: www.lighthousefriends.com/light.asp?ID=234

Cape Romain’s Lighthouse Island is actually home to two towers. The first, erected in 1827, stands 65-ft. tall and was built to warn of dangerous shoals in the area. Fitted with a poor light, it proved ineffective, and in 1857 a second tower was built. This structure, a 150-ft octagonal lighthouse helped guide ships safely to port until 1947, when more modern coastal navigation techniques made it obsolete. Both beacons are maritime landmarks and are listed on the National Register of Historic Places.
Learn more: www.bullsislandferry.com/index.php?page=Cape-Romain-Lighthouses-Tour 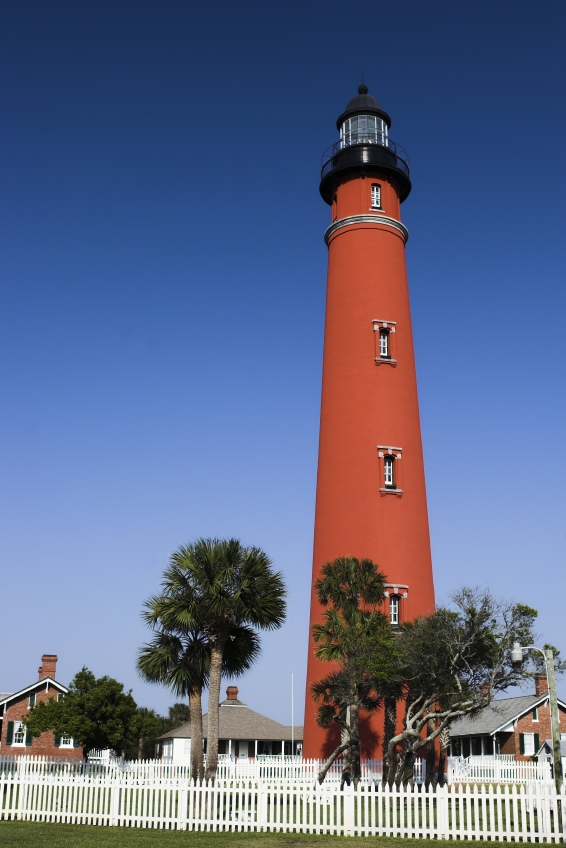 First lit on November 1, 1887, the 175-ft. Ponce Inlet Lighthouse is the tallest lighthouse in Florida. With eight of the ten original buildings erected on Ponce Inlet Light Station still standing, the site is one of the nation’s best preserved light stations. Visitors who make the 203-step trek to the top of the tower enjoy a spectacular view of Daytona Beach, Ponce Inlet and on a clear day, even the Cape Canaveral Lighthouse.
Learn more: http://ponceinlet.org/index.cfm 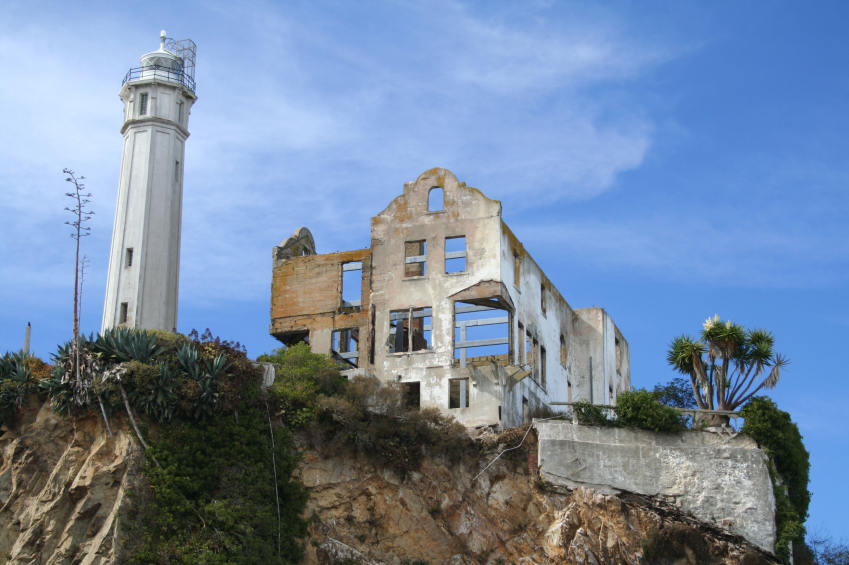 Although Alcatraz Island is best known as the home of an infamous federal penitentiary, it is also the site of the West Coast’s first lighthouse. The original tower, was first lit in 1854, illuminated the Bay for more than 50 years. It was demolished to make way for the new prison. The existing 84-ft. tower was erected in 1909 and automated in 1963.
Learn more: www.alcatrazislandtickets.com/?gclid=COv0sbL-4bkCFUkS7AodtT8AKw 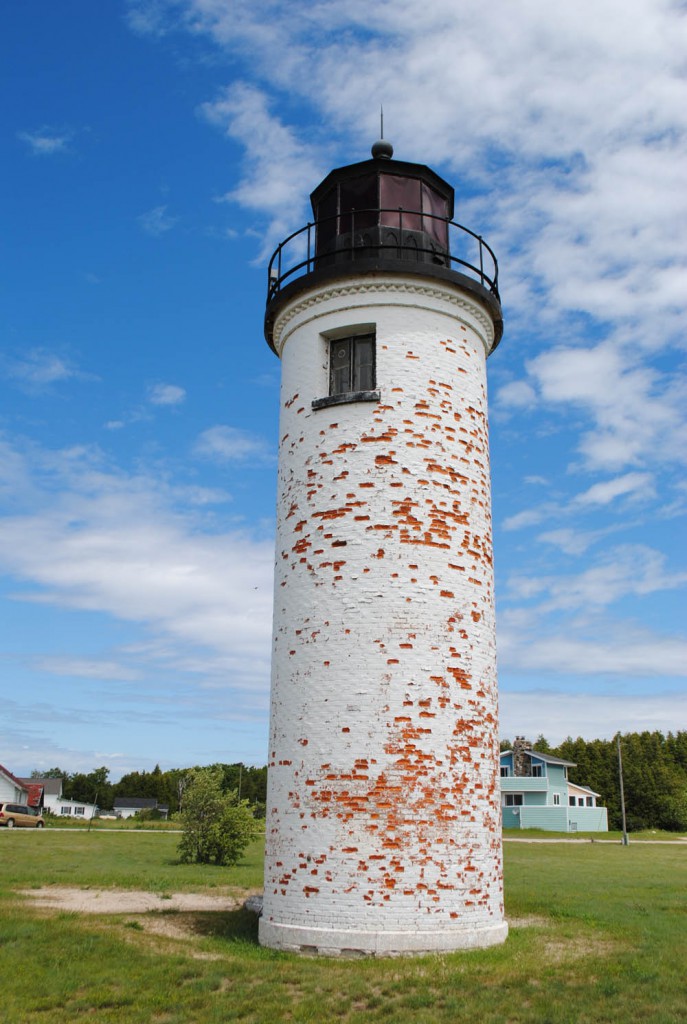 Situated at the entrance to St. James Harbor, on Lake Michigan’s largest island, the Beaver Island Harbor Lighthouse was built in 1870 to offer mariners refuge from hazardous weather. One of two lighthouses on Beaver Island, this 41-ft. round brick tower also been known as the St. James Harbor Light and Whiskey Point Light. The original structure included light keeper’s quarters that were torn down in 1956, but its light is still active.
Learn more: www.lighthousefriends.com/light.asp?ID=206 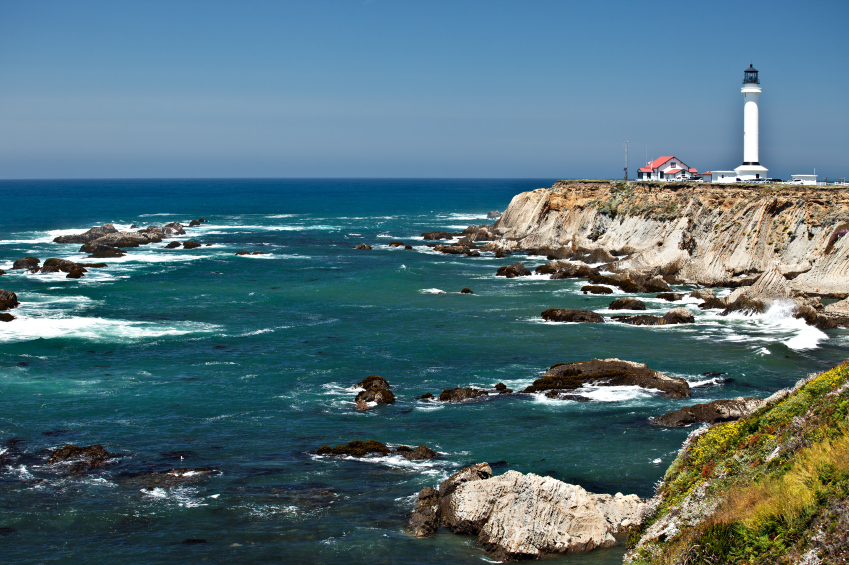 The tallest lighthouse on the West Coast, the Point Arena Lighthouse towers 115-ft. above the shore. Perched on a point that juts out into the Pacific Ocean where the California coastline changes direction, its beacon has guided mariners up and down the coast since 1870. The station was automated in 1977.
Learn more: www.pointarenalighthouse.com 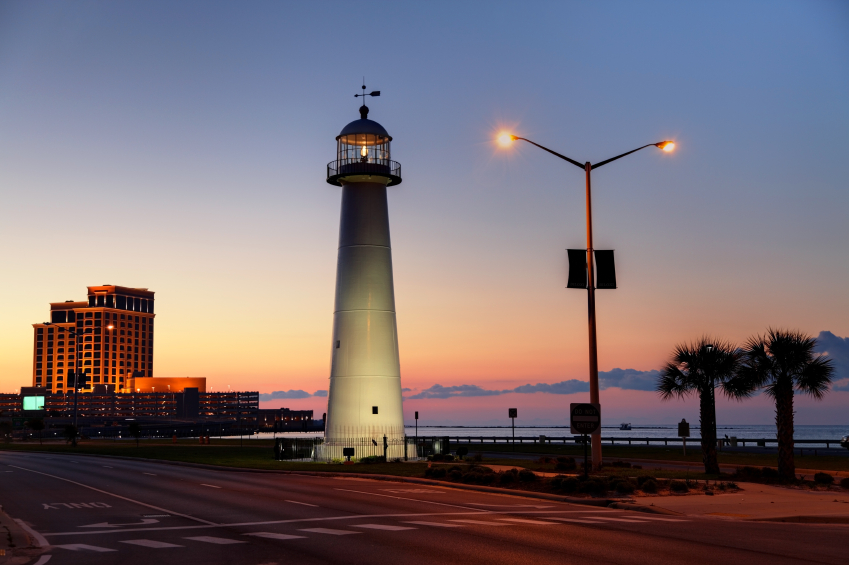 Among the first cast-iron lighthouses built in the South, the Biloxi Lighthouse has stood strong and tall since 1848. Notable for the fact that it has been kept by female keepers for more years than any other lighthouse, it is also has the distinction of being the only American lighthouse that stands in the center of a four-lane highway. A signature landmark, it’s also come to symbolize hope and resilience post-Katrina.
Learn more: www.biloxi.ms.us/museums/biloxilighthouse 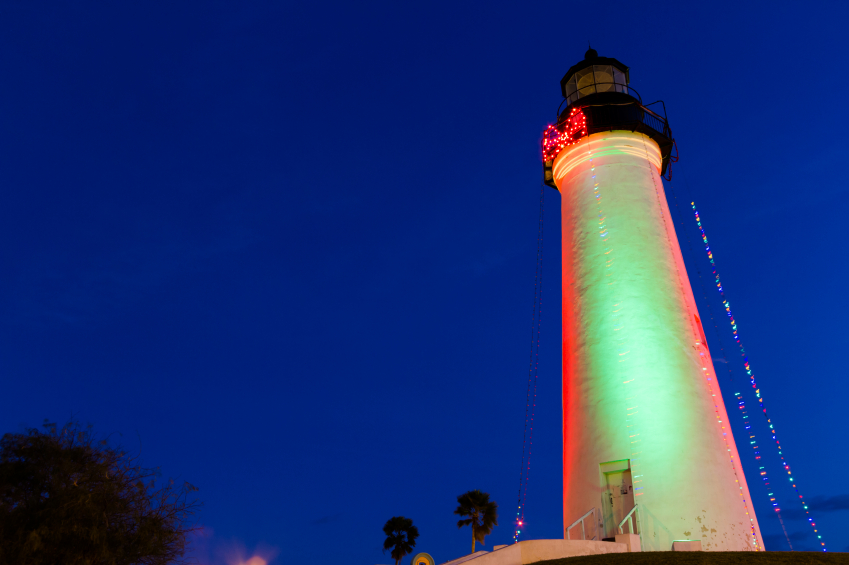 A dominant landmark at the southern tip of the Texas Gulf Coast since 1853, the Port Isabel Lighthouse was built to guide ships through Brazos Santiago Pass and the barrier Islands. Of the 16 lighthouses built along the Texas coast, it is the only one open to the public. It was added to the National Register of Historic Places in 1976.
Learn more: portisabellighthouse.com/lighthouse