Understanding the letters and numbers on the container helps ensure that you use the right lubricant in your diesel engine. 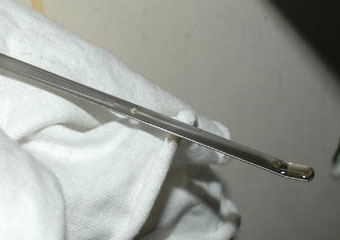 Diesel fuel or gasoline is what makes your engine or genset run, but it’s oil that keeps it turning, revolution after revolution. It’s important to use the proper type and grade of oil, and to do this, you need to understand the rating numbers and letters printed on each container.

The first thing to look for is the API seal. The American Petroleum Institute establishes the service-level ratings, represented by the letters that follow, for oil in the United States. In Europe, the European Automobile Manufacturer’s Association sets the standards.

The "C" in the service ratings indicates "commercial" service, which is the requirement for all oil used in diesel engines. Many folks remember this by using the mnemonic "C for compression ignition," which is the principle on which diesel engines operate. The corresponding prefix for gasoline or "service" engines is "S", which can conveniently be remembered as standing for the spark ignition used in these engines.

If you get just one thing right, it’s the use of C-prefix oil in a diesel engine. While using C-prefix oil in a four-cycle gasoline engine is acceptable, using S-prefix oil in a diesel can cause serious undesirable consequences, including damage to internally lubricated metal parts, especially such "cool" areas as lower cylinder walls and pistons, a condition that’s often referred to as "cold-end corrosion." This is caused by an insufficient quantity of the additive used to counter the increased soot and acid in a diesel engine. The latter is a result of diesel’s sulfur content and is neutralized using an alkaline or base.

A typical service rating also includes a second letter. For instance, if the prefix is CH, the "H" represents the additive package used in this oil. Additive packages include detergents and anti-wear, anti-foam, and dispersant agents; the later this letter occurs in the alphabet, the more recent and sophisticated the package. As new letters and additives are introduced, manufacturers cease offering older ones. Therefore, if your engine manufacturer specified CE or CD oil, you’ll have to choose a letter that follows E in the alphabet because these ratings are now obsolete. For example, CI-4 oil is a suitable replacement for CD, CE, CF-4, CG-4 and CH-4. (These prefixes were initiated by CA, which was introduced in the 1950s; CE and earlier oils are considered obsolete.) The number 4, by the way, means that the oil meets 2004 exhaust-emissions requirements, a category typically not relevant for most sail auxiliaries and generators.

Another set of letters and numbers describes the Society of Automotive Engineers’ designation for an oil’s viscosity, its resistance to flow at a given temperature. Such single-grade oils as SAE 30-weight (they’re available from 20-weight through 60-weight) generally offer good lubrication but aren’t suitable for cold-weather operation because they become thick and can lead to hard starting. Multiweight oils on the other hand, such as SAE 15W-40, provide the characteristics of a light oil during cold-weather startup and thicker oils when hot. Thus, 15W-40 behaves like a 15-weight oil when cold and a 40-weight oil when hot.

*A final note: If you want the mechanic’s equivalent of a crystal ball, send your used oil to a lab for analysis; the results can help you predict failures long before they occur.