What is a catamaran? In simplest terms, a catamaran is defined as a boat with two hulls. The term is derived from the Tamil word, kattumaram, which means logs bound together and the first of these designs were used for fishing. Far from their crude beginnings, today’s catamarans are usually fiberglass or carbon fiber constructions with twin hulls connected by a bridge deck and they’re designed in many sizes and for various activities. 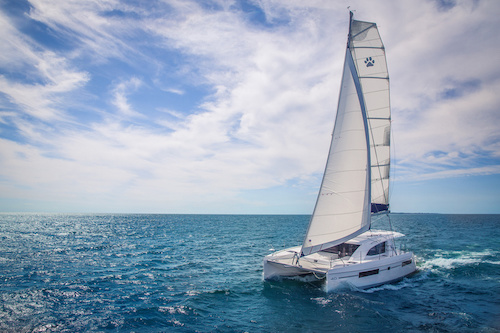 Let’s look at some of the types of catamarans and their best uses.

Sailing catamarans have made great strides over the past several decades. Small daysailing cats are popular because they provide a safe and simple learning platform and you’ll find fleets of them in resorts where they’re used by people with very little sailing experience. These types of small cats are usually made of roto-molded plastic or fiberglass and they typically don’t have auxiliary engines so their sole source of propulsion is sails.

Larger sailing cats have taken over the world of distance cruising and bareboat chartering. Nearly all tropically-based bareboat charter companies offer more sailing catamarans today than monohulls and those numbers are also growing in destinations such as the Mediterranean. Typically, charter cats have two engines, one in each hull, to maneuver as well as a mast that supports a mainsail and at least one headsail.

Power catamarans, often referred to as "multi-hull powerboats" or "power cats," have larger engines than their sailing cousins and no masts or sails. Their bigger motors give them higher top speeds but these cats also need reinforced hulls to handle the weight and power of these engines. Other than pontoon boats (which arguably are also power cats), motorized cats are the fastest growing segment of the boating market.

Power cats come in various shapes and sizes. Numerous smaller power cat brands are marketed for fishing while larger ones are popping up in bareboat charter and as cruising platforms. Many commercial passenger ferries have also turned to the catamaran design for their spaciousness and speed. 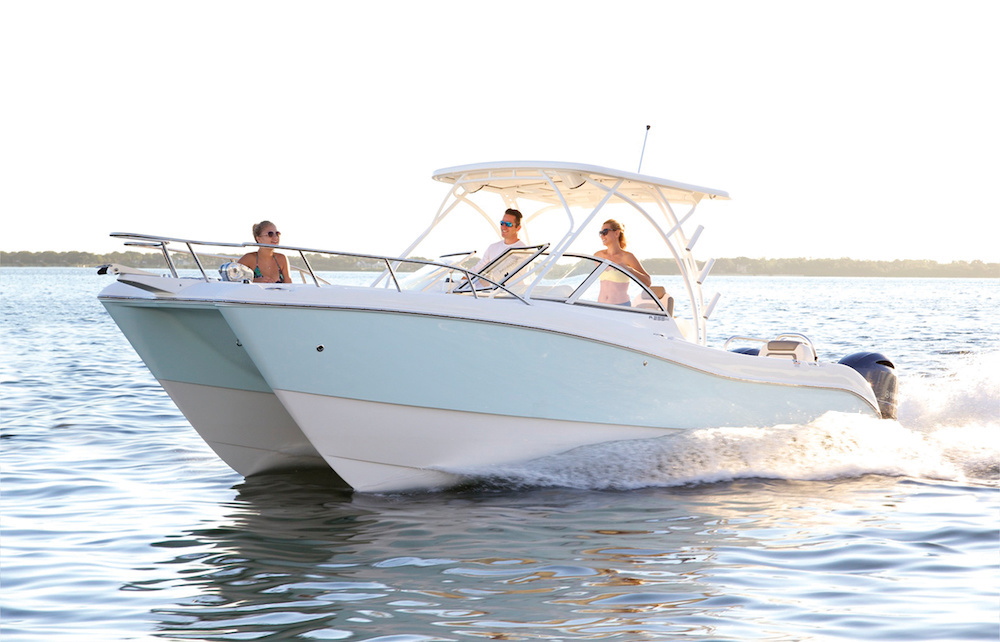 There are some inherent advantages of boats with multiple hulls, which include:

Like any boat type, there are a few small drawbacks when it comes to catamarans:

Whether used for daysailing, world cruising, chartering or fishing, boats with two hulls are growing in acceptance and appeal. The basic design may be hundreds of years old but today’s updated designs make catamarans a viable option for any boater.

Are catamarans more expensive than monohulls?

What is the typical draft of a catamaran?

Draft (depth below waterline) depends on the size and type of cat. Small daysailing cats can draw mere inches but with a large cruising cat, it may be 3-4 feet. Some cats have dagger boards that are used to improve upwind performance. With the boards down, a cat can draw 10 feet or more but these boards may be lifted to allow access to shallow water.

Can catamarans be raced?

Catamarans make fine racers as has been proven by the America’s Cup contenders. There are also one-design classes in the smaller, open designs.